The great thing about these trifles is that you can prepare everything ahead of time and then just assemble it right before serving.  And the cheesecake filling doesn’t have to be baked!  Oh and you’ll only use half the pan of brownies (which have chocolate chips in them!) in the trifles which is good because then you have the rest to snack on… and believe me, after cutting them into small bite size squares, it’s almost impossible to not snag a few ten of them while assembling. 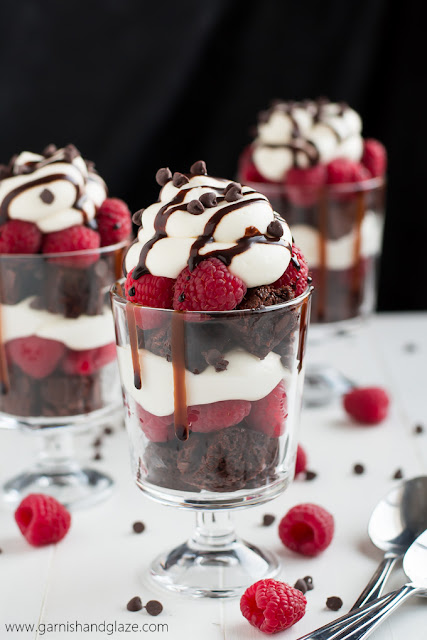