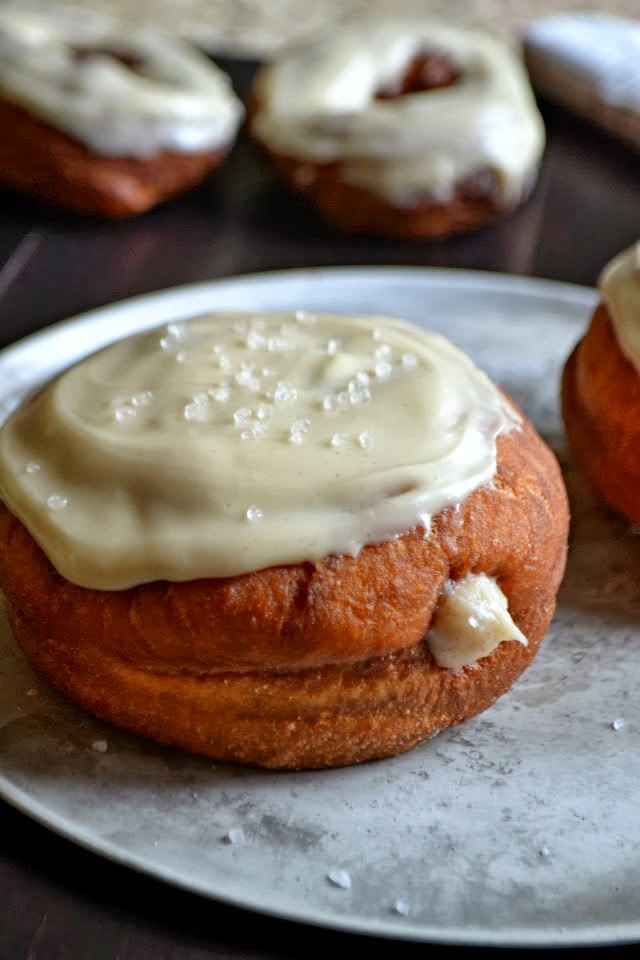 Pumpkin Doughnuts, topped with Sea Salted Maple Glaze and filled with my favorite Cinnamon Cream Cheese Frosting. These doughnuts are chewy, yet soft on the inside. Mild in flavor and only slightly sweet, giving you the freedom to sweeten the toppings and fillings without giving yourself a toothache.